“USDC Technology is a professional and leading company in technology construction for Smart Data Center services in Vietnam and the region. Our mission is to deliver the most optimal products and services by applying the latest technologies. We focus on the best experience to customers, the highest satisfaction to partners, fulfilling life for employees, and sustainable development to investors" - CEO of USDC Technology 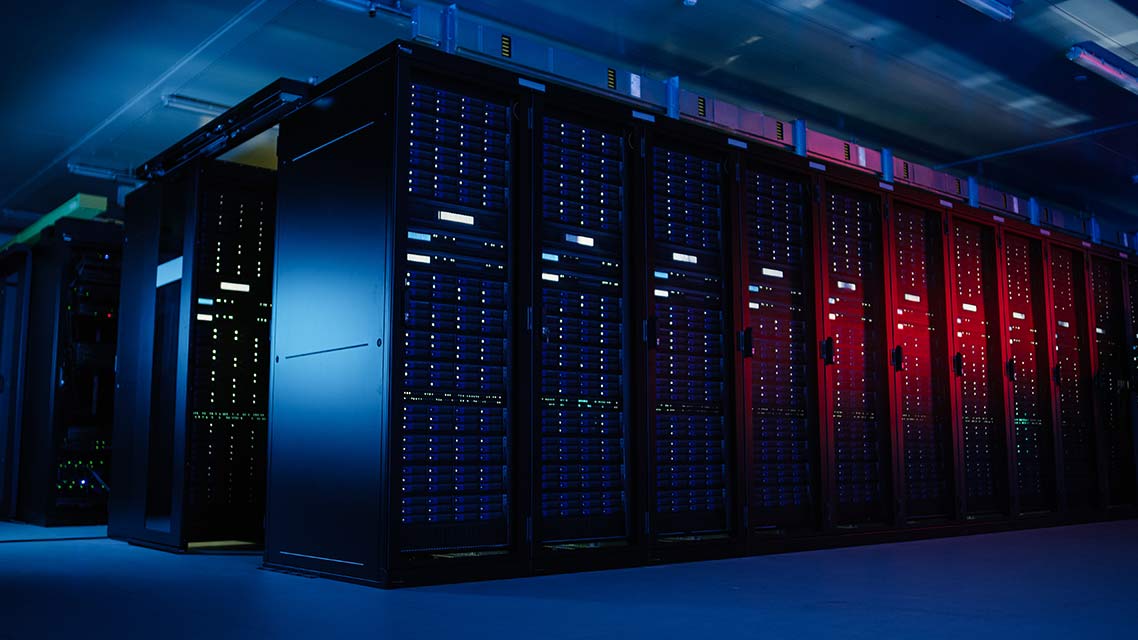 Edge data centers are generally small data center facilities – designed for IT workloads up to a few hundred kilowatts – that process data closer to the population of local end users and devices. Earlier in 2021, we surveyed data center owners/operators and product and service suppliers to gauge demand and deployments. The findings were consistent: Data center end-user organizations and suppliers alike expect an uptick in edge data center demand in the near term.

The study suggests a small majority of owners/operators today use between one and five edge data centers and that this is unlikely to change in the next two to three years. This is likely an indicator of overall demand for edge computing – most organizations have some requirement for edge, but do not expect this to change significantly in the short term. 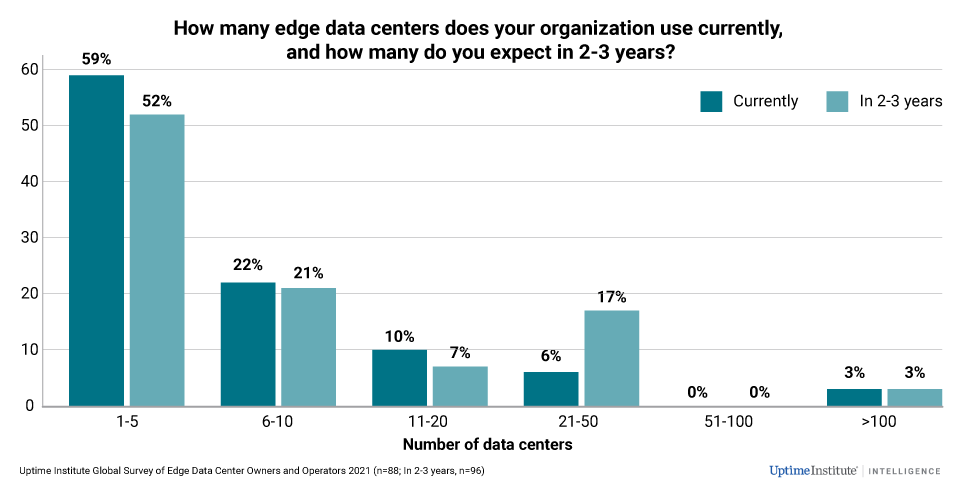 Over 90% of respondents in North America are planning to use more than five edge data centers in two to three years’ time, a far higher proportion than the 30% to 60% of respondents in other regions. The largest portion of owners/operators planning to use more than 20 edge data centers within the next few years is in the US and Canada, closely followed by Asia-Pacific and China.

The main drivers for edge data center expansion are a need to reduce latency to improve or add new IT services, as well as requirements to reduce network costs and/or bandwidth constraints in data transport over wide distances.

Uptime Institute’s research shows that large deployments of hundreds or more edge data centers are expected for many applications, including telecom networks, the internet of things in oil and gas, retail, cloud gaming, video streaming, public transportation systems, and the growth of large international industrial companies with multiple offices. Several large-scale edge data center projects are today at a prototyping stage with trials planned using one to 10 sites. Full-scale deployments involving tens of sites are planned for the coming three years. 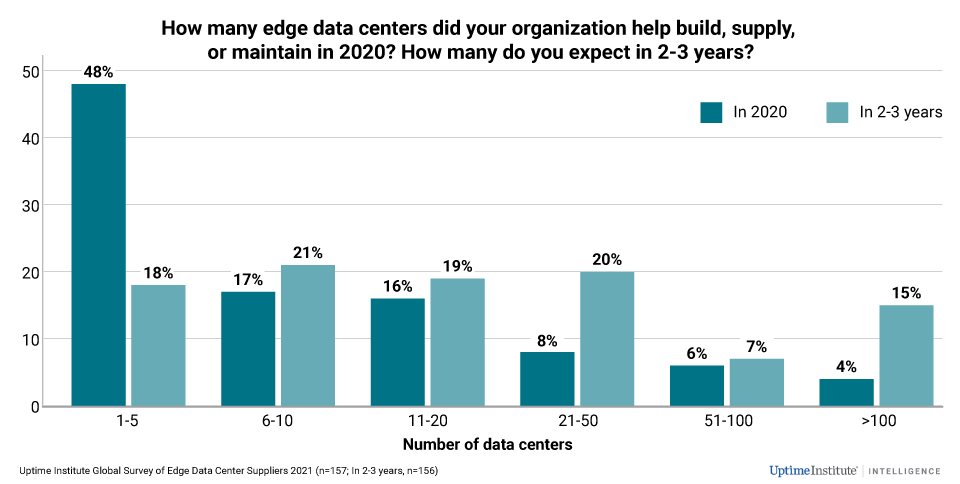 Suppliers in the US and Canada are particularly bullish; almost one in three (32%) expect a yearly volume of more than 100 edge data centers in two to three years’ time. Those in Europe are also optimistic; roughly one-fifth of suppliers (18%) expect an annual volume of more than 100 edge data centers in the coming two to three years. Some suppliers report a recent change in market demand, with orders and tenders going from being sporadic and for a single-digit number of sites, to more requests for larger projects with tens of sites. The change may be attributed to a solidification of clients’ corporate strategy for edge computing.

Demand for private and shared edge data centers is starting to grow from low numbers. Certain edge workloads, the strategies of large cloud providers, and the speculative deployments of supporting 5G networks are fueling edge data center buildouts. Owners, operators and suppliers alike anticipate growth across different industry verticals. The digitization effects of COVID-19, the expansion by big clouds to the edge, and the mostly speculative deployments of 5G are among key factors driving demand.